How Should You Talk to Your Parents if You Suspect Their Financial Affairs Are a Mess? 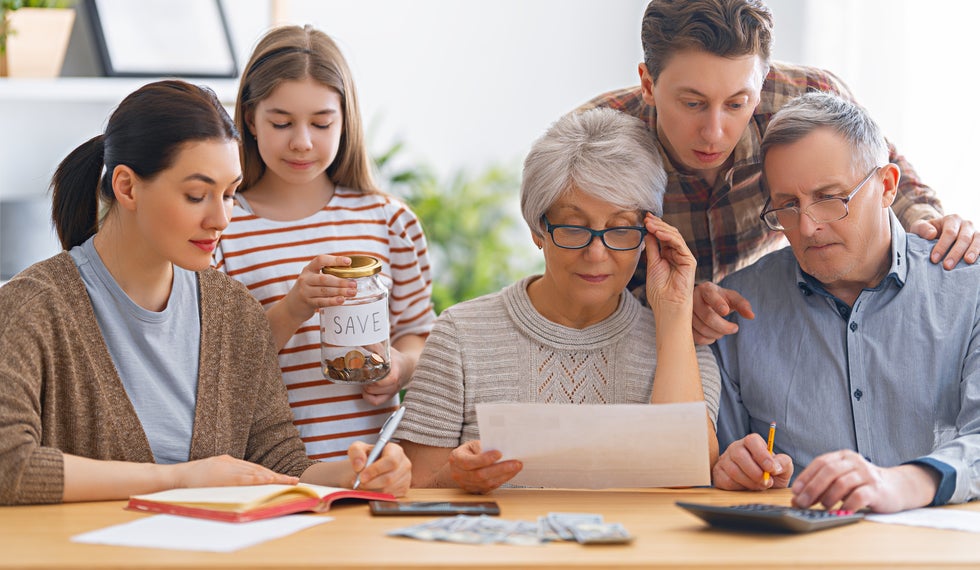 Perhaps your parents made a somewhat cryptic reference to their holiday plans or resisted an invitation to join you during an upcoming event. Maybe they seem to be cutting down on expenses. Or they're going to the other extreme—giving you or your children gifts you think are too extravagant. Maybe you just can't figure out how they're living on their income, when they mention having limited funds in the same breath as doctors' visits and internet shopping and nights out on the town.

No matter what the details are, something is gnawing at you. You have a feeling there's something not quite right about your parents' financial situation. You've dropped some hints, hoping they would tell you what's going on. However, so far, they seem unwilling to explain anything.

How can you find out what's going on? Let's discuss a few ideas on approaching this conversation and give you suggestions to help them (and you) get a clearer sense of their financial health.

DISCUSSING MONEY IS ALWAYS DIFFICULT—WITH YOUR PARENTS, IT'S EVEN WORSE

Many of us were taught that people do not discuss money in polite society—and if you learned that lesson, you likely learned it from your family. How much money people have is, generally speaking, a taboo topic. And if it comes up in conversation, that's often because of a sudden change in circumstances. It could be that someone won the lottery or earned a promotion, but it's more likely they lost a job or experienced an unexpected financial hardship that forced the issue into the open.

All of that still applies to conversations about money with your parents, but other factors may compound the problem.

First, for your formative years, your parents were financially responsible for you. They were your providers. They kept that literal and proverbial roof over your head and food on the table. More than that, your parents also taught you about budgeting; you learned important lessons on how to earn and save. They gave you their advice on that first job or getting that first apartment. And each day, with what your parents spent their money on, what they let you spend your allowance or salary on, they were communicating to you about the value of money—and the family's values—what you should hold dear.

Financially speaking, yes, you may now need to be in the role your parents held for you.

But for the parents who were your bankers, accountants, teachers, and advisors, that may be too painful to admit.

Instead, they may still want you to think of them as providers—the ones who will want to pay for dinner or a family vacation or splurge on the grandchildren. Money is a way for them to demonstrate they still have some authority in the family.

Just as having your own money when you were growing up became a significant way to demonstrate your independence, your parents may see their ability to maintain their finances as proof that they're still controlling their own fate.

When you ask if they're okay, they may hear that you don't believe they can still be independent. It's probably even worse if they are wondering it, too. And if that's how they're feeling, it's no surprise that they don't want to tell you that they're in trouble.

The key, then, is to reframe your inquiry into something less threatening.  Try to present the conversation in ways they are less likely to interpret your questions as an indictment of their ability to manage their affairs.

If the cause of your concern is that something specific has happened that may be threatening your parents' wellbeing—such as a new medical diagnosis—talk about the finances in terms of how you can help them through this present difficulty. Focus on the temporary need and include financial elements in the context of everything else going on. (“What else can I do? Anything you need? I know you're busy taking care of Dad, but do you need help with anything like minding the bills until he's back on his feet?”)

If there isn't a particular event that has triggered your concerns, you still have options.

Most Americans waste at least $50 a month ($600 a year) in recurring charges they forget about or for services they don't use. Use factoids like this to suggest that everyone in the family review their bills to look for these unneeded subscriptions. Or you can offer to send your parents information about subscription trackers—new computer applications that can monitor regular charges.

When almost everyone in the nation has the same issue of forgotten payments, you're giving everyone—including your parents and yourself—permission to admit without recrimination we have, too, have forgotten about some accounts. You've also said the trackers are a brand new way to tackle this problem, so there is no need for your parents to blame themselves for not having addressed this issue earlier.

Similarly, there may be services your parents use, but they are paying too much for. For instance, they may not be aware that anyone can try to renegotiate cable television or internet service fees at any time, and prices usually automatically increase after six months or a year—at which point you should go back and get a new deal. There are similar frequent changes to phone services, while some companies offer reduced rates for customers age 55 and over, veterans, and members of organizations. Mention that you are doing some price comparison research to renegotiate your bills and offer to send them any deals you find while doing so.

Canceling a few unnecessary subscriptions and reducing the cost of other bills could quickly save your parents hundreds, if not thousands, of dollars each year.

And more importantly, conversations like these can open the door to further dialogue about other financial topics.

Even if your parents insist that their financial situation hasn't changed, you can remind them that the new situations may mean they still need to re-examine their finances.

For instance, changes in tax laws should be legitimate conversation-starters about family finances and estate planning.

And some events don't initially appear to be financial in nature but can have a huge impact on a family's financial wellbeing, such as:

These and other major life events are solid reasons to discuss estate planning documents, such as wills or trusts, or even evaluate existing gifts.

Events such as these are the perfect catalysts for you to get your financial house in order (or just confirm that you're where you need to be). And as you do so, offer to help your parents at the same time, since some of the issues may impact all of you.

Here's yet another great fact that's sure to start a conversation: Whether it's from a forgotten bank account, a long lost paycheck, or even an unused gift certificate, one-in-ten Americans has money in an “unclaimed property fund.” Billions of dollars go into these funds each year. And there are yet more funds for lost insurance claims and other wealth. While you can retrieve this money once you've found it, better still is to keep an accurate inventory of property—so it's less likely you'll lose it in the first place.

Explain that a complete inventory will help your parents in areas:

INVENTORY ANY DEBTS AND OTHER TYPES OF ACCOUNTS

If you start with an inventory of assets, then move on to an equally thorough list of any other types of accounts, everything from utility bill payments to social media accounts. Once again, if your parents are reluctant to discuss this, here's another instance where “We're all in the same boat” can be a way to broach the topic:

From email addresses and social media accounts to internet bill paysites, the average American has 120 online accounts. We all lock ourselves out of at least ten accounts each month, and the majority of us (57%) admit that we forget a new password the second after we've reset it. Hearing that, you've probably realized everyone in the family should start using password managers.

This is a matter of convenience, but it is also about financial security. Forgotten accounts, re-used passwords, things like these become tools for identity thieves. With them, thieves can access vital information, create false accounts, or even trick your parents into believing that the thieves are real creditors.

DISCUSSING ESTATE PLANNING AS A GATEWAY TO FINANCIAL SECURITY

Discussing estate planning is a terrific way to have a larger conversation about your family's—and your parents'—finances. And this is just as true if your parents are in their 50s and 60s as it is when they're in their 70s or older.

The above suggestions were smaller bites at the apple. But for a larger perspective on your parents' fiscal wellbeing, an estate plan is both an excellent way for them (and you) to really understand their current financial state of affairs as well as prepare for their future.

As one example, most married couples do not think about preventing one of their largest assets (their home) from going through probate. Other times, parents may add children to their deed to avoid probate but are unaware that this can cause penalties and difficulty in acquiring eligibility for future healthcare benefits and/or veterans' pensions.

You can also talk about how individual components of estate planning itself can put someone on a sounder financial footing. Just as we described earlier, making a thorough inventory of assets and liabilities may lead someone to adjust their investment portfolio, liquidate some items, and change insurance policies for others. And so on.

If your parents seem open to creating (or updating) an estate plan, of course, you can offer to assist them with some initial stages or suggest they consult with an estate planning attorney even before they begin.

Hiring an experienced estate planning attorney can help bring stability to financial chaos, both now and in your parents' future.

Thank you for contacting us. We will get back to you shortly.

Please complete all required fields below.